The present essay presents the journey as a research method in architecture based on the creation of a laboratory that culminates, in the end, with the production of a "Map of Intensity", which differs from the usual representations that usually results from architectural journeys, such as drawings or photographs, albeit these are necessarily intricate in the production of the former and intrinsically bonded to the object of the present research: the study of Intensive Architecture as an aesthetic category of architecture. We should begin by asking first: what is a journey? Deleuze, in a letter to Serge Daney, trying to justify the latter's option to become a journalist and move around the world, mentions that there are four main reasons - which not innocently come from literature examples (Fitzgerald, Toynbee, Beckett and Proust) instead of philosophical ones (whereas he could recall Goethe, Montaigne or others) - why one decides to travel. However, we should previously take in consideration what a journey is for Deleuze himself. Deleuze didn't like to travel. From what it's known, he did a few journeys when invited to give a lecture and there are a few records of a journey that he did with his family to Greece in 1970. He preferred what he has defined as intensive journey, which also shares his idea about the nomad. For Deleuze, a nomad is the one who cares endlessly about the land in its earthy condition, a land pointed by haecceities, singularities, winds, vegetation and sand, that he or she is forced to move (because the nomad wouldn't impose an order or construct a State upon the land) and making of his/her short time in the land the utmost intensive inhabiting. The nomad populates the land following its singularities, listening to the winds, looking at the stars, following the course of the water and not in the usual way, but understanding the matter from inside, on a micro scale. An intensive journey is, therefore, a journey in place, a journey without physical locomotion, nonetheless giving rise to several movements (often imperceptible or invisible) produced by intensities upon one's body. These are movements and journeys that, as Deleuze refers to Claire Parnet, music or literature create and allow to discover . We should regard from misunderstandings that an intensive journey is not a metaphor for what such forms of art (like music, literature and others) do to our bodies. Instead, an intensive journey may also coincide with a physical one, since what is in question is the production and movement of intensities, as defined by Deleuze. What is then an intensity? According to Deleuze, an intensity is the degree to which a sensation passes through, changing thus its nature. Whenever a sensation reaches the maximum degree of its intensity, it passes a threshold, changing and becoming other sensation. He gives a very simple example from Physics, for which Intensity = 0, it's the point where liquid water turns solid, for instance. When thinking about sensations that are created by forms of art, he thinks about certain paintings by Francis Bacon when a certain colour provokes a physical reaction, such as an impulsive vomit, when it reaches its maximum intensity. But we may also recall in architecture how Adolf Loos carefully establishes, in the construction site (and only there, where he could be face to face with matter), the very limit of the wood panels in the walls, because if it was a little higher, it would express another sensation and become a different space (and for Adolf Loos it was, in most of the cases, a sensation of comfort, like the one he had beautifully mastered in his wife Lina's bedroom) or, if a little lower, another sensation would be. 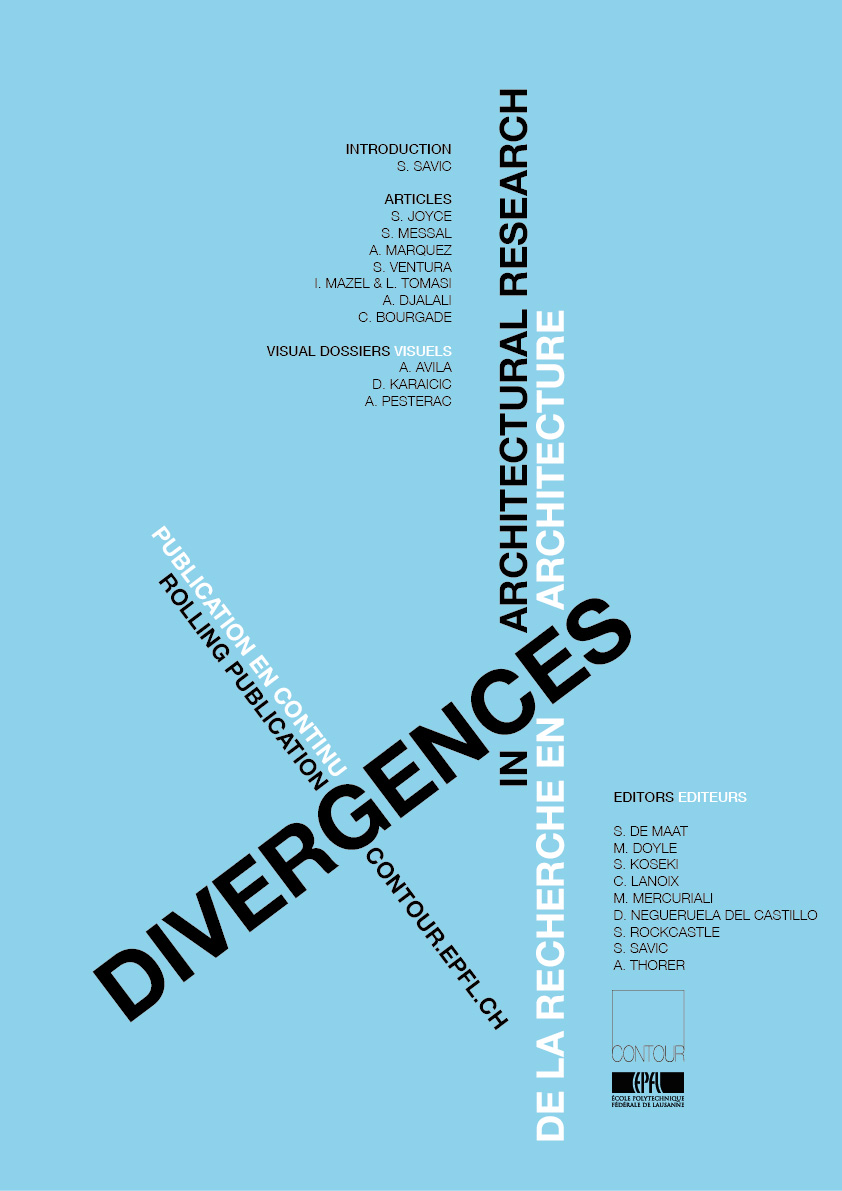